This February is the OCBS Annual Steelhead Workshop 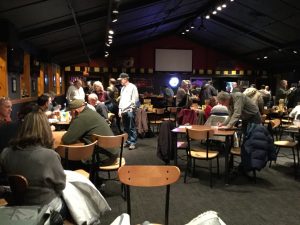 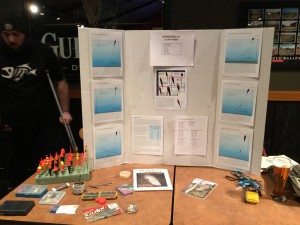 Come and join us in an evening of education, camaraderie and fun. This meeting is one you do not what to miss, the meeting is focused around getting to know your follow members and education. No matter if you have been running up and down the rivers for twenty plus years or just getting started in the game, you will lean something new. We will have eleven learning stations set up around the room covering everything from 101 spin to near shore lake trolling, throw in some fly tying and anything to do with the fish that we love. See you all soon!

A total of 15 fish 24 inches or greater were check in for the Tournament.

The 1st Leg of the OCBS Members Only Steelhead Tournament was held on Sunday 4 November 2018.  A partly cloudy day with temperatures in the mid-fifties. Heavy rains earlier in the week had the major tributaries blown out. However, the smaller streams and high gradient tributaries were fishable with adequate flow and visibility. Record rain fall earlier in the week triggered good numbers of fresh fish into the river systems.

Anglers enjoyed steady action throughout the day, but the majority of fish were under 24 inches in length. A total of 10 fish over 24 inches long were check in for the tournament.

The 2nd Tournament Leg will be held Sunday 18 November 2018. Be sure to mark your calendar and plan on fishing this Leg.